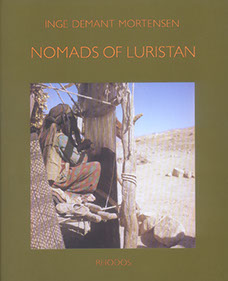 The Lur nomads live in Luristan in the west of modern Iran. Two Danish scholars, Carl Gunnar Feilberg and Lennart Edelberg, visited this region in 1935 and 1964 respectively, and assembled two valuable ethnographic collections which provide a remarkable perspective over time on the historical transformation of Lur nomadism at a critical time when the sedentarization of these people was gathering momentum.

Nomads of Luristan is a product of The Carlsberg Foundation’s Nomad Research Project, which draws on the rich Middle Eastern and Central Asian ethnographic collections of the National Museum of Denmark, as well as on recent social and cultural anthropological studies of nomadic groups in Afghanistan, the Persian Gulf and North Africa. This volume discusses Lur material culture and practices within the wider social, political and administrative setting which historically allowed nomadism to flourish but, in the end, curbed it. Theories linking modern pastoral nomadism in this area with ancient forms of life are critically evaluated in the light of recent archaeological data from the Zagros, a cradle of early agriculture and domestication of sheep and goats. A generously illustrated descriptive catalogue presents the collections grouped under subject headings with short introductions: Settlements - Shrines and Cemeteries - Transport - Domestic Animals - Hunting - Agriculture - Furniture and Household Equipment - Cooking and Food Storage -  Weaving: Preparation and Fabrication - Tools for the Preparation of Skin, Wood and Metal - Dress and Personal Equipment - Musical Instruments.

The Lur perpetuated ancient nomadic ways in a region which first saw their development out of pre-historic hunter-gatherer subsistence. Here is a fully documented record of their material legacy.

Inge Demant Mortensen is a Research Fellow at the Department of Ethnography at the Prehistoric Museum, Moesgaard, Denmark. She has conducted extensive research on the Lur in western Iran