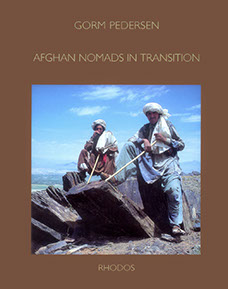 Known as ‘the land of the nomads’, Afghanistan has for centuries had a large and thriving nomad population which has played a considerable role in the country’s political and economic development. The Zala Khân Khêl, a branch of the major Afghan nomadic tribe the Ahmadzai, are pastoral nomads who for hundreds of years have migrated between the highlands of Afghanistan and the lowlands of the Indus valley in search of pasture. Every autumn and spring these caravans of nomads, their flocks of sheep and goats, their families, and all their possessions are on the move, travelling up to 500 kilometres each way.

Afghan Nomads in Transition traces the history of the Zala Khân Khêl from the end of the last century to the present day. Based on field data collected by the author during periods when he lived and worked closely with the people themselves, the book presents a detailed study of the Zala Khân Khêl in relation to the politics and economy of the country as a whole. Following a brief history and geographical description of Afghanistan, the author examines every aspect of their way of life – their genealogy and identity, the infrastructure of their society, the patterns of their migration, their transport, their tents and shelters, and the lands they choose to adopt. He shows how their livelihood as nomads has developed and changed dramatically in an interaction with the larger tribal and state society of which they are part, and describes the intricate processes through which this way of life has adapted itself to modern society.

With its outstanding photographs, Afghan Nomads in Transition is a rewardingly full and informative account of a fascination body of people, providing a greater understanding of nomadism and its changing position in the modern world.

Contents: Glossary - The land of the nomads - Zala Khân Khêl – Expansion and constraints – A turning point: the 1950s and 1960s – Economic development and decline: Zala Khân Khêl in the 1970s – A way of life comes to an end – Zala Khân Khêl in exile – A reflection – Bibliography - Index - Index of Authors.

This book is tightly connected with the works of Birthe Frederiksen (Caravans and Trade in Afghanistan: The Changing Life of the Nomadic Hazarbuz, 1995) and Klaus Ferdinand (Afghan Nomads. Caravans, conflicts and trade in Afghanistan and British India, 2006). See also: Asta Olesen: Afghan Craftsmen. The Cultures of Three Itinerant Communities, 1994. All published in the series The Carlsberg Foundation’s Nomad Research Project.

Gorm Pedersen is a social anthropologist. He has spent time with pastoral nomads as well as settled people in Afghanistan during 1975-1976 and 1978, and with refugees in Pakistan in the 1980s and 1990s.